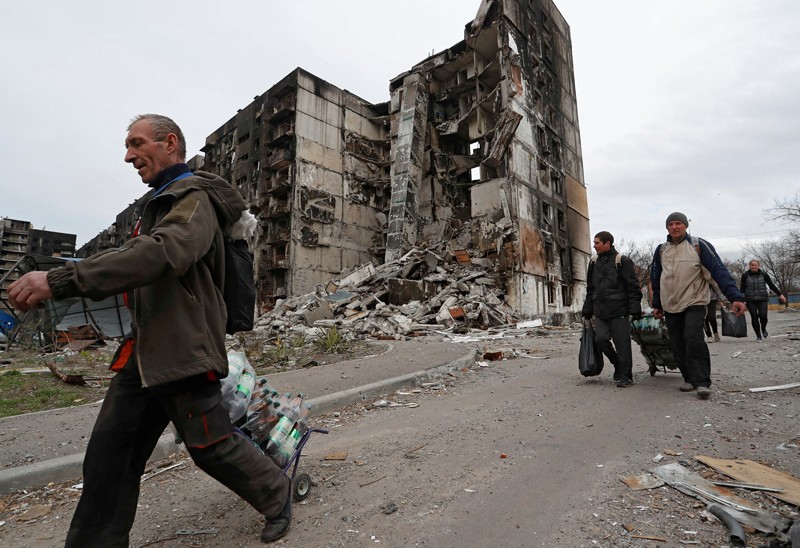 The United States said Tuesday it has “credible information” that Russia may use “chemical agents” in its offensive to take the besieged Ukrainian city of Mariupol, reigniting concerns about the use of such prohibited weapons.

While the West and Kyiv have been warning Moscow since the start of its invasion on Feb. 24 against any use of chemical weapons, fears have grown this week after unconfirmed reports emerged that such weapons may have already been deployed.

The Organization for the Prohibition of Chemical Weapons (OPCW) said Tuesday that it was “concerned” by allegations that chemical weapons had been used in Mariupol, a strategic port city besieged by Russian forces in the east of Ukraine and the scene of heavy fighting.

The OPCW, to which both Russia and Ukraine belong, referred to “accusations leveled by both sides around possible misuse of toxic chemicals.”

The Ukrainian Azov battalion, which is engaged in the defense of Mariupol, said Monday that a Russian drone had dropped a “poisonous substance” on soldiers and civilians in Mariupol.

“Three people have clear signs of poisoning by warfare chemicals, but without catastrophic consequences,” battalion leader Andrei Biletsky said in a video message on Telegram.

He accused the Russians of using chemical weapons during a strike on the city’s large Azovstal metallurgical plant.

The accusation has not been confirmed by any independent source, although Ukrainians, British and Americans have said they are trying to verify it.

U.S. Secretary of State Antony Blinken said Tuesday he was “not in a position to confirm” the allegations.

But he continued: “We had credible information that Russian forces may use a variety of riot control agents, including tear gas mixed with chemical agents that would cause stronger symptoms to weaken and incapacitate entrenched Ukrainian fighters and civilians, as part of the aggressive campaign to take Mariupol.”

“We share that information with Ukraine…and we’re in direct conversation with partners to try to determine what actually is happening, so this is a real concern,” Blinken told reporters.

AFP [Agence France-Presse, a French news agency] has been unable to verify the Azov battalion’s claims, which were also shared by Ukrainian lawmakers.

Mariupol has been under siege for weeks, and Ukrainian forces are warning of its imminent fall.

State Department spokesman Ned Price said the United States was “ready to assist” with the investigation.

He said U.S. officials “already have been in direct conversations with our Ukrainian partners as they are collecting facts and evidence.”

“We do stand ready to assist in case we can be useful in terms of that investigation,” he said, adding that the U.S. concerns were based on “recent information that was available to us before the reports emerged yesterday.”

Pavlo Kirilenko, the Ukrainian governor of the Donetsk region, said that several people had suffered damage to their airways after the drone strike in Mariupol.

“Last night, around midnight, a drone launched an explosive device and three people who were in the area of the Mariupol metallurgical plant, or near it, felt unwell” and had to be hospitalized, Kirilenko told the U.S. news channel CNN, according to a translation provided by the Ukrainian news agency Interfax-Ukraine.

Their lives did not appear to be in danger, he said, but “from the damage to the airways and skin, we understand that it is a chemical substance. But it is too early to say that it is a gas and to draw conclusions.”

Kirilenko said he wanted to verify “100%” the nature of the substance before making more formal accusations.