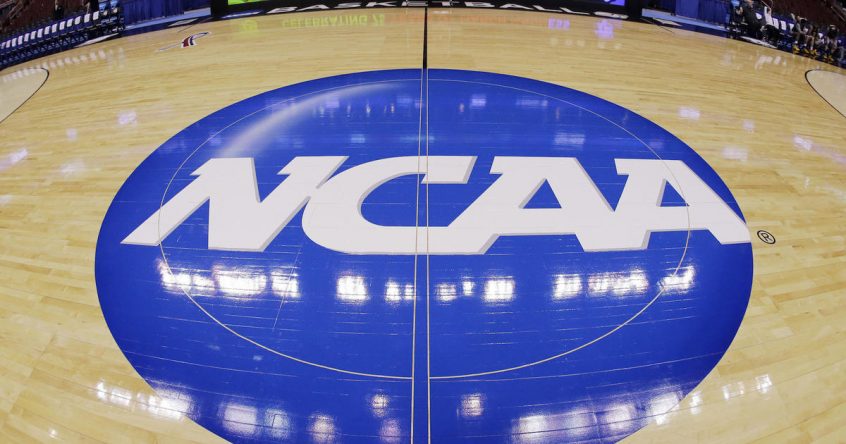 Elite college athletes could pocket tens of thousands of dollars annually during their school years once the NCAA officially allows them to score sponsorships and endorsements. A wider pool of athletes without prominent profiles could earn smaller amounts off local deals that would at least make life on a student budget more livable.

An NCAA announcement earlier this week directed its three divisions to allow student-athletes “to benefit from their name, image and likeness.” Student athletes won’t see the multi-million-dollar deals that professionals enjoy, but top-tier students at schools with elite basketball and football programs—especially in big-sports states like California, Texas, Kentucky and North Carolina—could bank upwards of hundreds of thousands during their college careers, according to experts in sports branding.

Especially intriguing, the experts say, is the potential for athletic sponsorship deals that never existed before in small to mid-sized markets that don’t have professional teams and therefore lack a pool of stars to tap for such promotions.

Local businesses will likely be eager to tap student-athletes who connect with fans, said Tim Derdenger, a sports marketing and branding expert and professor at Carnegie Mellon University. For instance, a sports gym in Bloomington, Indiana—home of Indiana University—could land a college basketball player endorsement, while a golf course in Stillwater, Oklahoma, might reach out to an Oklahoma State University golfer, Derdenger said.

“Imagine you’re a car dealer and you’re in a city like Dayton, Ohio,” said Kelly O’Keefe, a Virginia Commonwealth professor and branding expert. “Dayton has a good

basketball team, but their players aren’t known outside the local level. But in Dayton, they’re heroes. So, if I’m a car dealer, I’m looking at this as an opportunity to sponsor a local athlete.”

Bigger athletic brands such as Adidas are likely to be selective, but could still be interested in tapping the student-athlete market at some 1,100 NCAA member schools educating a total of 500,000 young men and women.

“In the marketing offices of Nike and Under Armour, they’re looking at individual athletes and programs who have the most promising records and who look like a good bet for the future,” O’Keefe said.

The experts based their numbers on deals that college athletes have received after they recently turned pro, adding that a definite range doesn’t exist yet because the market for college athlete endorsements hasn’t been created. One example is when Golfer Justin Suh left the University of Southern California this past summer and turned pro and soon after signed a three-year endorsement deal with Titleist reportedly valued between $500,000 and $750,000.

The NCAA has long been criticized for generating billions in revenue but not sharing those dollars with student-athletes who take to field and court for games.

The NCAA’s governing board gave each division a January 2021 deadline to modify their rules. Since Tuesday’s announcement, public figures have questioned the noncommittal, broad-strokes language the association used to explain the next steps.

“What in the world does that mean?” Bloom tweeted. “Bottom line, state legislators need to continue down the path and keep the pressure high while the NCAA figures out how to hold up their house of cards.”

Nancy Skinner, a California senator who co-sponsored a new state law for student-athlete compensation that takes effect in 2023, also pointed at the NCAA’s language.

“The NCAA’s announcement shows promise on giving college athletes’ name, image and likeness rights,” she said in a tweeted statement. “But the devil is in the details on what the NCAA means by adhering to the ‘collegiate model’ in its new rules.”

One injury away from never playing again

Local sponsorship dollars that experts are predicting, though not in the millions, are still likely to be significant for students because “they’re always one injury away from never being able to play again,” O’Keefe said. The sponsorships are “a little bit of money they can sock away for a rainy day,” he added.

Henry Hebda, a junior football player at Indiana’s Valparaiso University, said extra money from sponsorships would help student-athletes who are upperclassmen pay rent and utilities if they move to off-campus housing. The money could also go toward nutrition supplements for weight training and body conditioning, he noted.

“It would definitely help some of us get extra food that we need to gain weight,” said Hebda, 20, who plays cornerback. “People spend a lot of money on that and on buying post-workout drinks.”

Moriyah Hamell, a freshman basketball player at Niagara University in Lewiston, New York, said she doesn’t have a job while attending school. She said she’s living solely off a refund check from her student loans. The opportunity to profit from an endorsement or sponsorship would help all college athletes feel more financially stable, she said. “Having money from the outside means you can buy whatever you want or need,” said Hamell, 18. “And me, not coming from a financially wealthy family, I would use that to buy a winter coat or boots.”