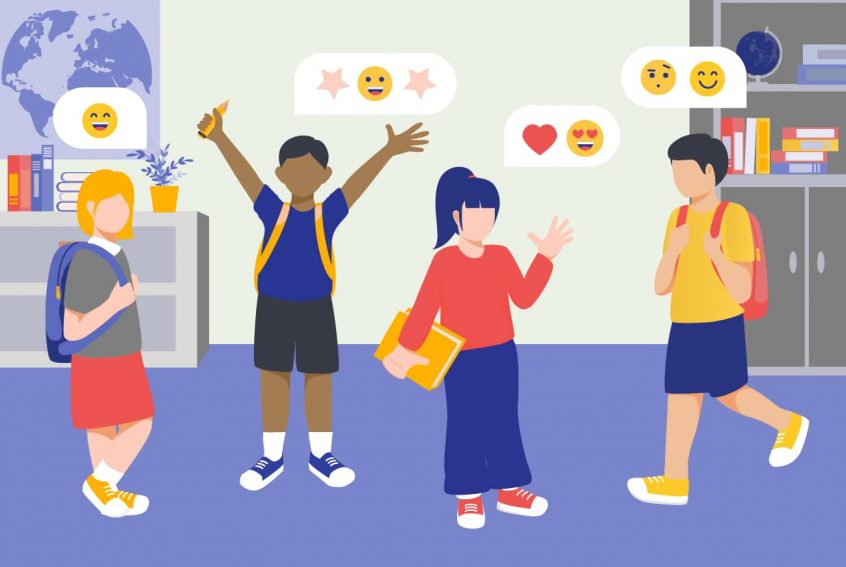 In the spring of 2014, I was coaching girl’s flag football when one of my students came running across the football field with a frantic message. He informed me that his friend, who also happened to be in my class, wanted to take his own life. I immediately went to the office and proceeded to take appropriate action. This was my first encounter with a student who was suicidal. In that moment, I realized what I did in the classroom had to change. I had to encourage students more, and support them during difficult times.

In the fall of 2014, when I returned to campus, I was confronted with the grim news that a former student had taken his own life. He was a great student and a remarkable person. People loved him; he was popular yet humble, and it would be difficult to find anything negative to say about him. Then, as 2014 became 2015, multiple students approached me, reaching out for help as they dealt with suicidal thoughts. I knew I had to do something different in order to address the needs of my students. I needed to find ideas. I talked about solutions with colleagues, but did not reach a viable option. I had to find a solution that would improve the mental health of my students.

The Emergence of a Plan

Sadly, a viable plan emerged only in the completion of my ninth year of teaching. Over that period of time, five students spoke with me about their desire to take their own lives. I was no longer able to justify the issue to myself as students having a poor home life or feeling overburdened by the rigor of Advanced Placement classes. I felt ashamed I had not taken action sooner, but like most teachers, I felt overwhelmed.

In the spring, I was introduced to Nel Noddings’s A Richer, Brighter Vision for American High Schools, which made me question my role as a teacher. I had put in time and effort to teach the key concepts of the subject matter, but I neglected to teach the “soft skills” as elements vital to student success (Noddings, 2015). I failed to make a conscious effort to teach care and trust. I cared for my students in the sense that I was attentive, receptive, sympathetic, and responsive, but I was not intentionally cultivating positive mental health experiences. I wanted to make a change that would have a positive effect on my students’ mental health.

As I began to search for ideas to implement in my classroom, I came across journal articles on social and emotional learning. There was a call for a new emphasis on teaching students how to manage stress, get along with others, and work in groups (Greenberg, Domitrovich, Weissberg, & Durlak, 2017). I believed social and emotional learning was what my students needed. The thoughts, attitudes, and skills fostered by social-emotional learning are associated with key indicators of adjustment, both immediately and throughout the students’ lives (Jones, Greenberg, & Crowley, 2015). Through the implementation of social-emotional learning, I believed I could provide my students with the skills they needed to live healthy, happy, and successful lives.

The decision on how I would implement social and emotional learning in my classroom was vital to the success of the intervention (Durlak and Dupre 2008; Durlak et al. 2011; Elias 2006; Greenberg et al. 2005). I knew my actions had to be authentic and presented in a way that the students would respond to. At the close of the summer, I attended a training on the implementation of social and emotional learning. The trainer provided numerous examples of lesson plans. While other teachers around me complained about the lack of time to implement the curriculum to teach soft skills, I knew I had to find a way to do it.

The plan I developed was to teach a short social and emotional learning lesson for the first five to 10 minutes of class every Monday. I referred to the activity as Mental Health Monday and my students loved it. I chose Monday because it is the first day of the week and has the power to set a positive tone. In my short lessons, I made an attempt to have the students learn about their classmates, share their feelings, and talk about things on their mind. These simple lessons created a sense of community, in which students were able to identify others who had the same feelings and appreciated similar things. It provided me with an opportunity to learn more about each of my students, and I became more prepared to anticipate their needs.

Over the past few years, I have seen the value in teaching social and emotional learning. My students’ social interactions are the most positive, congratulatory, and thoughtful I have observed over my teaching career. I have witnessed more random acts of kindness. I have seen the shy, quiet student in the back of the room become an integral part of the social interactions in my classroom.

I was concerned that the implementation of Mental Health Mondays would consume the time to teach Social Studies content, but I found my concerns to be far from the truth. Because my students were given an opportunity to share their thoughts and communicate their problems, they became more compliant, focused, and engaged in the Social Studies subject matter.

My biggest regret as an educator is that I did not implement Mental Health Mondays sooner. I wish I would have equipped all of my students with the social and emotional skills to be confident, compassionate, and to be able to understand the people around them. Perhaps the social and political climate in our country today would be different if we could learn to accept others who are different and show them compassion. This could be possible if more teachers, supported by administrators and policymakers, would dedicate time to social and emotional learning.

Durlak, J. A., & DuPre, E. P. (2008). Implementation matters: A review of research on the influence of implementation on program outcomes and the factors affecting implementation. American Journal of Community Psychology, 327-350.

Durlak, J. A., Weissberg, R. P., Dymnicki, A. B., & Schellinger, K. B. (2011). The impact of enhancing students’ social and emotional learning: A meta-analysis of school-based universal interventions. Child Development, 405-432.

If you like this article, be sure to check out Project-Based Learning in AP U.S. History by Arren Swift, available now at Teacher’s Discovery.

Arren Swift has 11 years of experience teaching high school Social Studies, including five years in AP U.S. History. He is currently completing his Ph.D. in curriculum and instruction with a focus on Social Studies, and was an adjunct professor at the University of South Florida, teaching secondary Social Studies methods courses. In 2019, he was appointed to a professorship at Sam Houston State University in the department of Teaching and Learning.